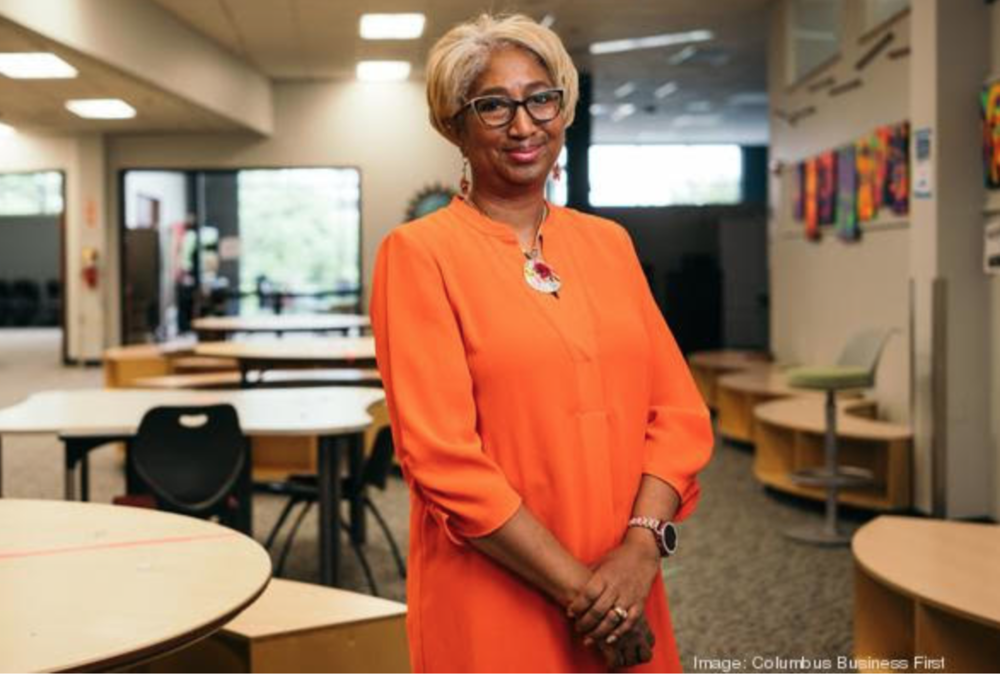 The Metro Schools system has been at the forefront of STEM education in Central Ohio since opening the Metro Early College High School in 2006.

The system, which added a middle school in 2013, recently announced it was expanding to the former Indianola Middle School building after agreeing to lease the campus from Ohio State University, one of its principal sponsors.

The deal between research giant Battelle, its other principal sponsor, and the Ohio Facilities Construction Commission lets the Metro Schools use the Indianola site for 30 years at no cost in exchange for Battelle kicking in half the $30 million renovation cost.

When the project is complete in 2024, Metro will move its middle and high schools to Indianola, which has capacity for 1,200 students. The original school at 1929 Kenny Road will become its first elementary school, with capacity for 970.

Meka Pace, the system’s superintendent, said she is happy to see its long-discussed expansion coming to fruition. But she acknowledges it will still fall far short of meeting the region’s growing need for STEM-focused employees.

She discussed the jobs gap and what employers can do to help close the shortfall in a recent Q&A, edited for clarity and length.

We’ll start big and then we'll go into some detail. What would you say is the state of STEM education today? I would say that there’s a lot that is available within the STEM fields. But we certainly are in a position where we don't have enough workers to fill those jobs, or we don’t have enough folks that are skilled with all of the skills that are necessary to complete those jobs.

So while I think we’re thriving in one area, and those jobs in the Columbus area are growing, I’m not sure that we as a region have enough workers to meet the demand.

So that’s where the Metro Schools can come in. How many graduates do you have each year? We’re about 120 to 130. So we’re a really small school. I don't want you to put everything on our shoulders because it really takes all of our schools to partner together and I think that’s what we’re trying to get the messaging out for our business roundtable – we've established something that works, and we want to share this model with others.

But from one small high school doing this, it really needs to be available to any student in every school to have not just experiences and a curriculum that propels them to be successful in the STEM fields, but also providing those on-the-job opportunities and those skills that are learned while you're at work. That really needs to be provided to any kid.

You’re finally getting a second school with the Indianola location. Do I understand that was the final plan, or do you want to continue expanding? Yes, we do. Ultimately, we would love to have a full K through 12 feeder pattern.

We started the middle school and it was really a nice opportunity to get students younger, and to get them before they’d made their minds up about career choices, or even what subjects they were good or bad at.

You know, typically, when you get a high school student, they’ve made their mind up that ‘I’m horrible at science,’ or ‘I’m horrible at math.’ And my thought to them has always been, ‘You really haven’t experienced it.’

But shifting their mindset is one part. And I think the earlier you get the student, the greater the opportunity to close those learning gaps that may exist.

I really think too, one of the things that I’m seeing is this push, which is great, from some of the companies around diversity and inclusion and trying to create pipelines for students, and it really has to start much younger than high school. It needs to start at the elementary level where you're cultivating those relationships and sustaining them through a K through 12 pathway.

I don’t see much of that going on at the moment. Am I wrong? I can only speak to what we do. And I think there’s a new vision and a new opportunity to try to establish something like that. I think I’ve missed a lot of conversations where companies are trying to figure out how do we create a more diverse workforce within our company.

And I think it has to start much younger than high school. I think that’s maybe where the companies and the educational systems haven’t really been a part of that conversation.

And really, you need to make sure that you have access and opportunity way before you get to these roadblocks that kids tend to experience.

Right, I suppose if they can see that there are plenty of jobs and plenty of interesting things to do, they might become more engaged. That’s roughly what you’re saying, right? Yeah, I also think, too, we live in a generation where information is at the fingertips of our kids. And a lot of things can be learned through their devices.

But actually getting inside of a business and having a mentor who is there and making that kid a part of the team, that environment feels much different than learning or listening to it on my device.

They can learn a lot through their devices but those skills that are necessary to be a collaborative community, members of a team, and the work environment feels a little bit different.

In general, how many companies do you partner with? We have a rolling list of placements for our kids. ... It just varies. We try to match the interests of the student along with one of the opportunities that we have.

So there’s a big pool and in trying to match that, in some years some mentors aren’t able to take a student. So we’ve tried to keep a vast number of mentors and opportunities available so that we can match them.

Do you have enough companies that are willing to do these kinds of placements and be involved with you, or too many? I will never say that we have too many. Because like I said, there are some years that the mentor, who is the person on site, isn’t able to take one. So we are always looking for new placements.

There’s also varying levels of placements. It could be that you’re offering a rotation, which is an opportunity for a cohort of students to come in for a day to learn about that business in that particular profession or career field.

The amount of time that it actually takes for someone who’s on the job to learn a new skill, to do the emerging job that’s in front of them, could be one to two months to four to six months.

Whereas I think, why not have those opportunities provided within high school? Why not have the conversations with the business community about ‘Hey, what’s forthcoming within your business? What are the skill sets that you all are looking for? What can we be doing, while our students are still in high school, to try to prepare them for what’s next in the business?’